I have always been a big believer in fate. Of course, I feel that fate is influenced by conscious actions and decisions one makes over time, but you know what I mean.

If you’re close to me, you probably know pretty much everything about my move to Los Angeles has been strangely serendipitous. I lived here for a month last summer to test the waters and was presented with really cool opportunities and networking from the start.

When it came time to make moves, I found someone to take over the lease at my place in DC almost immediately – literally, the first person that contacted me ended up being the perfect fit.

It’s hard to describe it any other way besides everything just seemed to work out.

Flash forward a few months and I’m finding myself at my first legit photo shoot in LA for a restaurant called Gentaro Soba. I’ve photographed tons of food, but it had never felt this official. I was basically peeing myself out of nervousness hours before call time for no reason.

I share my embarrassment with you because this shoot introduced me to my girl Dani Concepcion of Pivot Agency, who then got me hooked on a networking newcomer called Built By She.

This group is exactly what it sounds like – an incredible organization fueled by entrepreneurial-minded, badass females. It was meant to be.

I roll up to Built By She’s first event in Long Beach about a month ago, and the speaker is Lisa Fetterman, the gal behind the genius sous-vide machine Nomiku. Lisa also happens to be my former roommate’s sister’s friend from way back in the day. Can you say weird coincidence?

After snapping a selfie with this spiritual gangster/badass and spending the rest of the evening chatting with likeminded, strong women, I was sold. Built By She provided the type of community I had been yearning for on both a personal and professional level.

Needless to say, I signed up to be a member on the spot. This got me a 30-minute consultation with the founders Tanya Raukko and Jenifer Maxwell, whose resumes are so impressive including even just their highlights would make this blog way too long.

The session provided me with invaluable advice on how to perpetuate The Bacon Princess brand and persona, and the Built By She network exists to help you get sh*t done to further your business.

Since the last event was such a success, I’m super pumped to share that Built By She is having another SPEAKS event on Tuesday, June 6 with special guest Natasha Case of Coolhaus. BBS has a recurring feature series on their Instagram called #badasswoman, and Natasha fits this bill and more.

Natasha started Coolhaus with partner Freya Estreller back in 2009, and coined the term “Farchictecture” a.k.a. “Food Archictecture.” Basically, Natasha tapped into her experience working in architecture at Walt Disney Engineering, and translated what she learned into ice cream sandwiches.

Each magical concoction sold at Coolhaus retail stores and in grocery stores across the world is influenced after a notable architect – they also invented an edible wrapper that actively reduces waste and contributes towards saving the environment because these girls didn’t feel like stopping while they were ahead.

I had the awesome opportunity to meet with Natasha in person at their scoop shop in Culver City and also snap a few pics of the goods to pregame the event coming up. After as many ice cream samples I was allowed, I can say this product is top notch.

If you’re a lady in Los Angeles with a passion, don’t miss this talk with Natasha. From wise words relayed by someone who straight up excelled in an industry dominated by men, to the ice cream sammies that WILL be making an appearance, this will be an event you won’t want to miss. 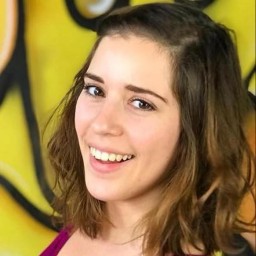